How did the blackcurrant play a role in the start of PYO here at Cammas Hall? 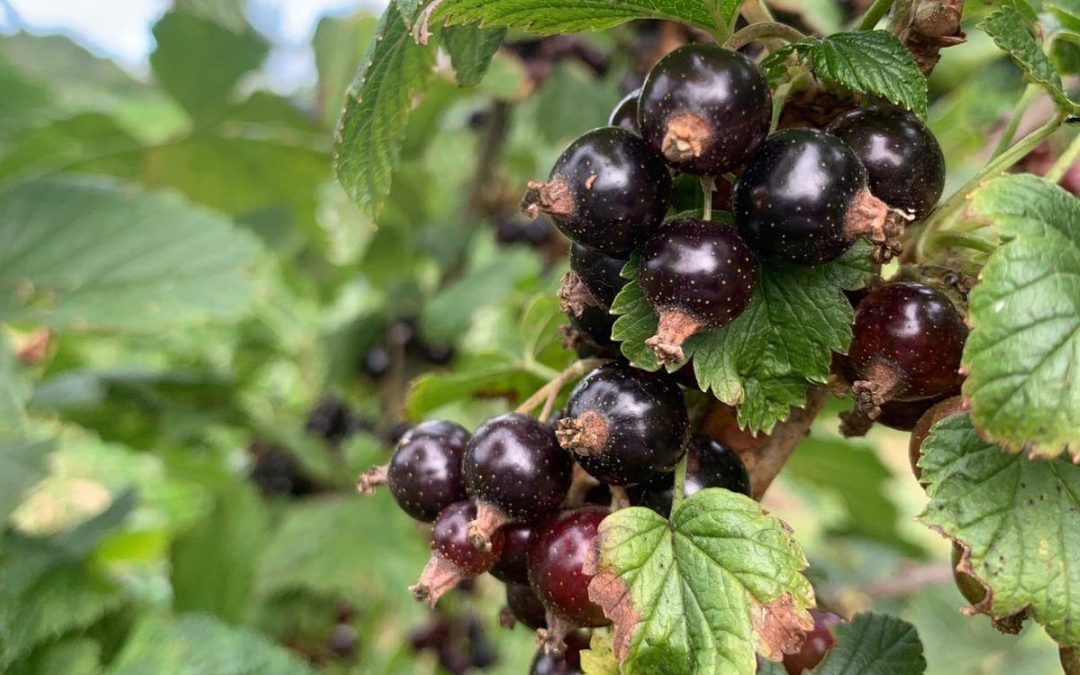 Many moons ago Jonathan’s (the current farmer) grandfather was farming blackcurrants, alongside arable crops, for the commercial market. One of his customers was Robertsons who used the blackcurrants to make their jam. In 1966 Robertsons reneged on a contract leaving the farm with 12 acres of blackcurrants to sell. There was only one option – allow the public in to PYO! The rest as they say, is history.

We now only grow half an acre of blackcurrants as consumer demands have changed but we think they are due a revival. Blackcurrants are the ultimate superfood: they have been shown to have twice the potassium of bananas, four times the vitamin C of oranges, and twice the antioxidants of blueberries. They taste amazing in jam, in desserts or make an excellent sauce for game meats.

We are currently in blackcurrant season here at the farm and we  have some fabulous Ben Connan variety ready to pick now which will be followed by the lovely Ben Alder shortly.

As always if you’re looking for some inspiration for your Cammas Hall fruit head over to our Pinterest page:

We use cookies to ensure that we give you the best experience on our website. If you continue to use this site we will assume that you are happy with it.OKRead More