Who you gonna call? The story behind the mural in our pumpkin patch. 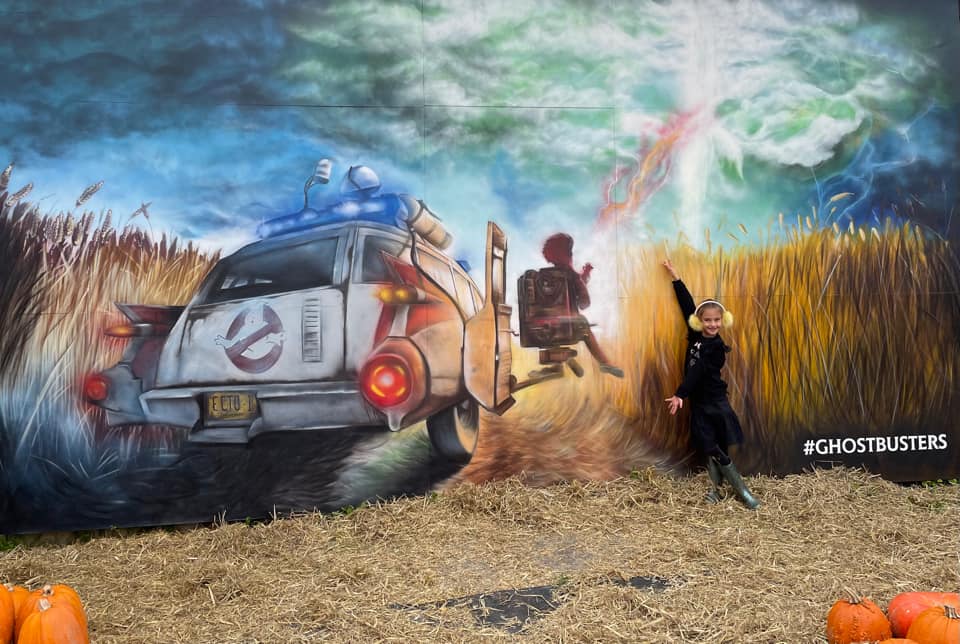 If you visited the farm during Halloween you will have seen an awesome mural in our pumpkin patch painted on the side of our barn.  There wasn’t really any explanation for it other than the #ghostbusters hashtag and we didn’t mention it in any of our promotion. However, we hope you were suitably impressed!

Back in September we were approached by local business Murwalls. Having taken the world of Street Art by storm, Murwalls were creating a mural to promote the release of Ghostbusters: Afterlife and needed some wall space to do it. We were more than happy to oblige and thought it would another dimension to our Halloween offering! The catch was, of course, that we couldn’t talk too much about it until now. With the release of the film today take a look at the following: 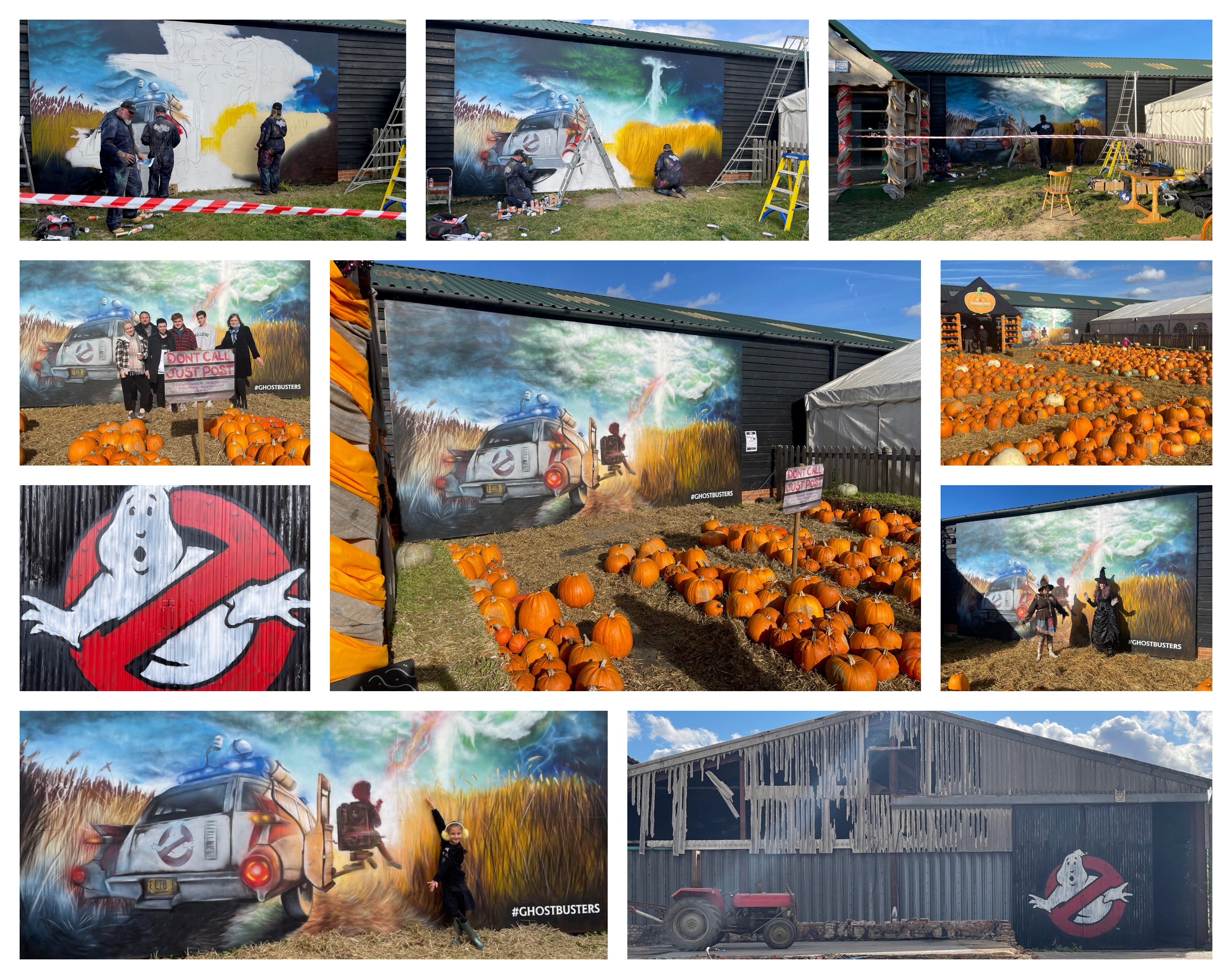